In 1873 King Ludwig II of Bavaria acquired the Herreninsel as the location for his Royal Palace of Herrenchiemsee (New Palace). Modelled on Versailles, this palace was built as a “Temple of Fame” for King Louis XIV of France, whom the Bavarian monarch fervently admired.

The actual building of this “Bavarian Versailles”, which was begun in 1878 from plans by Georg Dollmann, was preceded by a total of 13 planning stages. When Ludwig II died in 1886 the palace was still incomplete, and sections of it were later demolished.
The highlights of the large staterooms are the State Staircase, the State Bedroom and the Great Hall of Mirrors. The king’s own rooms were in the intimate Small Apartment, designed in the French rococo style.

Herrenchiemsee Palace Park
Top priority was given to copying the palace and gardens of Versailles as an epitome of monarchic splendor, in the construction of the dream worlds of King Ludwig II of Bavaria. Making plans for this project commenced in 1868. Ludwig II purchased the Chiemsee island of Herrenwörth in 1873 as a construction site. After the originally selected location in the Graswang Valley near Ettal turned out to be too small. Instead of a copy of Versailles, Schloss Linderhof developed therefrom an additional building.

In 1876 Court Garden Director Carl von Effner completed the plans for a large garden resembling that of Versailles. When the king died, only the sections along the main axis with their famous fountains and waterworks had been completed.

3 Day Royal Tour (Ludwig II from the beginning to the end)!!!

All what you need to know about the mysterious King Ludwig II, from the birth till his death, join me for a unique journey through his places/castles/palaces. let me show you the magnificent person he was.
5.00 / 3 reviews
view tour 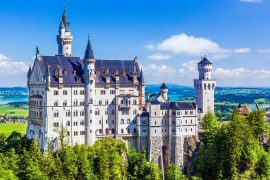 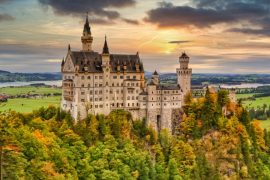 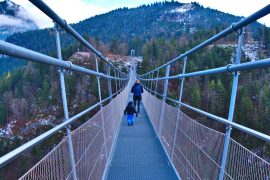 For a visit to Neuschwanstein Castle, Hohenschwangau, Linderhof, and Herrenchiemsee,

Children and young people between the ages of six and 16 only need to wear a medical face mask.